Home > Journeys in Medicine Home > We Dare to Call You Home, El Paso 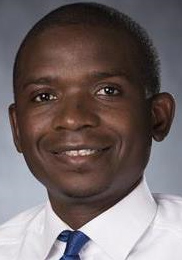 The arduous winding journey for international medical graduates seeking to continue medical education in the United States is one only for the brave at heart. From the grueling USMLE exams to the apprehension of Visa interviews at the US embassies, with a melange of sweetness whenever that FedEx envelope arrives with your ECFMG certification, culminating on Match Day where you finally get to know if you have been accepted into a program— is a summary of years of hard work, dedication and huge financial commitment. For those who make the mistake of thinking the process of getting in is the hardest, they soon learn that staying in is probably harder, confronted with an entirely new system of medical practice, far away from loved ones and the comfort of a familiar environment. What has kept many international graduates going is finding your purpose, understanding why you put in so much of your life to get to this point.

For ECFMG J1 sponsored physicians, your place of training serves as a temporary home, as your stay in the country is only valid for the duration of your training after which you are expected to return to your home country to practice the skills you have gained. For me, choosing a place and a city for training was as important as choosing what specialty to train in, having completed my medical school in the most violent city in West Africa. A once beautiful cosmopolitan city, flourishing with life and flamboyance, the city of Maiduguri had been reduced to ruins by the activities of the Boko Haram terrorist group. All I wanted was safety; a city with warm hearts and kind people. I was done living in a state of continuous apprehension, I was done with the horrors of suicide bombers, I was done losing friends, colleagues, and neighbors to evil men. I had just gotten married to my beloved wife and we were expecting a baby girl. I dreamt of a better life for her, a life of peace and calm, far from the unending sound of gun battle. I dreamt of seeing her run the neighborhood without the fear that a terrorist group may invade. For me a peaceful city was a priority and the Sun City of El Paso, Texas, was for me a dream city to live in, as it had been rated the safest city in the US a year prior to my arrival.

I was finally living in the city of my dreams with my family, and boy did it not disappoint! Whatever I had read about the city was a gross underrepresentation, probably limited by the inadequacy of written language compared to the sensation of experience. We found love at the border, cheerful people who were welcoming and accommodating. We found a city that cherished diversity, we found a people that showed us respect. While by virtue of our immigration status we were in a temporary city, we dare to say we found a home far from home. Our daughter was born here, and to her, this is the only home she has ever known.

We enjoyed the outdoors since we settled in the city. With a people this warm and receptive, we had never had any reason to fear. We knew we were safe here; the peace in El Paso has always been exuberant. But on one fateful Saturday, our city was hit at its core, at the very thing that defined this city, its peace! Evil descended upon our city, it sought to change us forever.

I was on call when the amber alert came in “Active shooter in Walmart…” I called my family, they were all at home. Soon ambulances started blazing into the hospital, with reports of multiple casualties, we were asked to brace up for the worse. Doctors off duty were called in. Soon the emergency department was filled up with patients with different levels of injury. Our city had been attacked, there was no room for emotional breakdown. Laying in front of us were neighbors, friends, good men and women, our very own. We were swift, for El Paso, we marched! It was the most rewarding moment of my life as I participated in providing care for a community that has shown us nothing but love and welcomed us with arms wide open when we came here. On a day such as this I would rather have been nowhere else than in the hospital.

We all hurt as part of a body, and we will heal together. I have never met a more resilient people than the wonderful souls of El Paso who demonstrated on that day and are still showering love to those hurting. Evil will not define us, we will write our story by our own selves—a story of a city on the border, whose love and peace has no borders. Hatched far from us, evil drove nine hours, raging and blistering it descended like a storm, aiming to blot out our shine. But the Sun City continues to shine, like a city on the hill, our light can never be overwhelmed by darkness.

Finding your purpose is what keeps physicians going in this stressful world of medical training. In the midst of this misery, my purpose was reinforced: love for the hurting, love for my community and care that goes far beyond the physical and reaches for the soul. I’m proud of the opportunity ECFMG sponsorship has provided me to care for this community, especially in this trying period.

A NOTE FROM ECFMG:

On August 3, 2019, a gunman attacked shoppers at a Walmart store in El Paso, Texas. He killed 22 people and injured 24 more. As is our practice following any tragic event, ECFMG reached out to local exchange visitor physicians to offer our support. In response, Dr. Ibilah shared with us his powerful story, including the heart-rending description of the Nigerian city he left to come to the United States and the firsthand account of what he experienced during the attack in El Paso. ECFMG mourns and stands with the El Paso community affected by this tragedy. If you are an exchange visitor physician, EVSP is here now and always to listen to your concerns and answer your questions.

Create your own user feedback survey

J-1 physicians and their J-2 dependents are invited to volunteer at the NYC Marathon this November. Enjoy a cross-cultural experience, meet other exchange visitors, and cheer on runners at the 50th anniversary event! Registration ends Aug 31. https://mailchi.mp/ecfmg/volunteer-opportunity-at-the-nyc-marathon-440266