In 2002, the Mountain Goats, an American folk band led by John Darnielle, released an album titled All Hail West Texas. The first thing that struck me about the early years of the Mountain Goat’s records were how sparse they were, if this was stylistic choice or a means to an end, I do not know. It is well known that those early records produced by John Darnielle were recorded on a Panasonic RX-FT500 cassette tape recorder. The very last album he recorded in this way was about my current home, West Texas. In a lot of ways, the album resembles its namesake with its subdued melodies juxtaposed in a very plain, drawn out canvas the same way the West Texas sky colors, with its unique reddish hue and dispersed cotton candy clouds, the endless roads seasoned with scattered oil pumps throughout. This place is not for everyone, the same way the record is not. But when you see the beauty of infinity with an unraveling clear starlit sky and a sprawling desert that suddenly turns into mountains, it’s easy to understand why Darnielle sang about wanting these highways to be a Mobius strip that he could ride forever.

END_OF_DOCUMENT_TOKEN_TO_BE_REPLACED 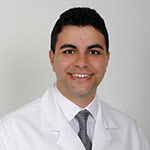 When I look back at the past couple of years that I’ve spent as an internal medicine resident in the US, the major feeling is an overwhelming sense of gratitude and pride. It is not an easy accomplishment to come to a new land to embark on a 3-year journey (more for others) of learning and growing. What made this journey easier is the friendliness and acceptance of everybody here.

Let me start by giving you a brief summary of my background and upbringing. I grew up in 3 different continents; Europe (UK), Asia (Oman), and Africa (Egypt). I had only visited the US once during that time period; as a 12-year-old for a week-long trip to Disneyworld.  I graduated from medical school in Egypt and I knew all along that it was my dream to come to the US to do my residency and learn at the forefront of medical education.