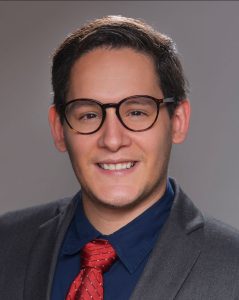 “One day at a time.” These exact words I continue to say to myself even after matching and beginning my residency. I had always known my goal was to pursue a residency in the United States. I would read medical books, articles, and other research done in the United States to complement my learning back home. I always thought to myself: “I want to find out how they’re discovering all these new things, participate in them, and hopefully bring innovative techniques back home.”

END_OF_DOCUMENT_TOKEN_TO_BE_REPLACED 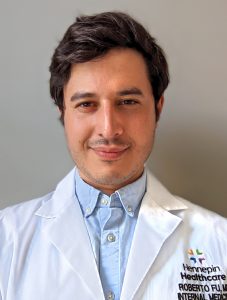 As I stepped out of my plane in Minneapolis, Minnesota, I had multiple things running through my mind. Relief was the first thing that came to me. The whole process of joining my U.S. training program had been marred with painful uncertainty due to the pandemic, and yet now I was here. The airport was very quiet that day. It was a clear reflection of how COVID-19 was impacting life in the United States. The road to the hotel where I’d stay for the next few days was lined with empty sidewalks and closed stores.

END_OF_DOCUMENT_TOKEN_TO_BE_REPLACED

In 2002, the Mountain Goats, an American folk band led by John Darnielle, released an album titled All Hail West Texas. The first thing that struck me about the early years of the Mountain Goat’s records were how sparse they were, if this was stylistic choice or a means to an end, I do not know. It is well known that those early records produced by John Darnielle were recorded on a Panasonic RX-FT500 cassette tape recorder. The very last album he recorded in this way was about my current home, West Texas. In a lot of ways, the album resembles its namesake with its subdued melodies juxtaposed in a very plain, drawn out canvas the same way the West Texas sky colors, with its unique reddish hue and dispersed cotton candy clouds, the endless roads seasoned with scattered oil pumps throughout. This place is not for everyone, the same way the record is not. But when you see the beauty of infinity with an unraveling clear starlit sky and a sprawling desert that suddenly turns into mountains, it’s easy to understand why Darnielle sang about wanting these highways to be a Mobius strip that he could ride forever.

END_OF_DOCUMENT_TOKEN_TO_BE_REPLACED

The United States has over 200k miles of outdoor trails! Soak up the well-being benefits of nature and enjoy learning about your host state’s plants and animals on a hike this fall. Check out this list of the best short, scenic hiking trails in each state: https://www.onlyinyourstate.com/usa/usa-hikes-easy-scenic/

Happy Thanksgiving! Each year the U.S. President “pardons” a turkey from becoming dinner at the White House. This annual tradition dates back to Lincoln’s presidency in 1863. Whether your day includes turkey or not, EVSP wishes you a safe & happy holiday! https://www.whitehousehistory.org/pardoning-the-thanksgiving-turkey