Dr. Aminkeng Leke frequently heard the same issue from final-year nursing students at Biaka University Institute of Buea in Cameroon when they returned to school following their required community internships: the need for diabetes screening in rural communities in Cameroon. 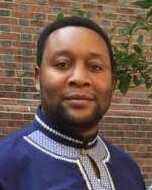 “I call it a turning point in my career,” said Dr. Leke, who described himself as a low-level staff member with a master’s degree when he began the fellowship. “Since the FAIMER Institute, my career trajectory has been remarkable. I’ve had no other experience that would match what I had during the FAIMER fellowship.”

Dr. Leke developed his education innovation project, titled the “Nurse Led Rural Diabetes Project,” with his FAIMER project advisor, Cheryl Portwood, an Assistant Clinical Professor at the Drexel University College of Nursing and Health Professions in Philadelphia, United States. The project involved training those final-year nursing students at Biaka University to conduct diabetes screenings in the rural health centers they were serving during their community internships.

The initial phase of the project, which centered on two rural communities, began during Dr. Leke’s two-year fellowship and continued with the support of his university. Within the first five years of the program, 75 student nurses were trained to screen for diabetes, 1,800 people were screened, and 65 cases of diabetes were identified and placed on a follow-up program.

“When I presented my work during the FAIMER (Global Health Matters Forum), the feedback I got was remarkable,” Dr. Leke said. “It got me empowered … and people gave me encouragement to do more. One thing that has stood out in my head is that they defined it as a textbook example of how health professions education can directly lead to a change in the community. So, those positive remarks have kept me going.” The success of the project led to the publication of “Diabetes Management: Student Nurses Contribute Using Point-of-Care Testing” with Portwood and Dr. Michel Maboh in the journal Medical Education in 2013. Dr. Leke also entered his project in The Network: Towards University for Health Projects That Work competition and won the international award in 2015. The project is now funded by a grant from the World Diabetes Foundation, which has helped the program expand to other rural populations in Cameroon with potential for nationwide adoption. A short documentary film on the project was released in May 2021.


In addition to the impact of his FAIMER Education Innovation Project, Dr. Leke credits the International FAIMER Institute with helping him develop his leadership skills and engaging him in the Institute’s global community of practice that he calls on frequently in his work. He earned his PhD degree and quickly rose through the ranks at Biaka University. He is now on sabbatical from Biaka University, serving as a research associate at Ulster University in the United Kingdom, and is working with ZikaPlan Global Birth Defects Team, which has developed a mobile application—the Global Birth Defect Description and Coding app, available in Apple and Google Play stores—for identifying and accurately describing and coding congenital anomalies in low-resource settings around the world. 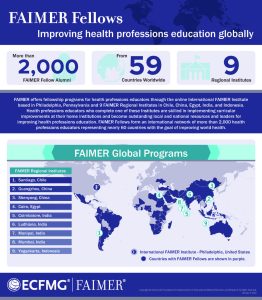 ® Registered in the US Patent and Trademark Office.
Copyright © 1996-2022 by the Educational Commission for Foreign Medical Graduates. All rights reserved.