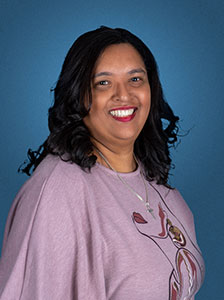 Dr. Josè Frantz Shares Her Passion for Developing Herself and Others

Dr. Josè Frantz has a gift for mentoring people and helping them meet their full potential. Evidence of that gift is reflected in the number of master’s and doctorate students she has advised over the years and the national honors she has received.

“I think I’ve always had a passion for developing others. That has always been core to what I am and what I do,” said Dr. Frantz, who serves as Deputy Vice-Chancellor for Research and Innovation at the University of the Western Cape in Cape Town, South Africa.

Dr. Frantz was a member of the inaugural class of 16 Fellows from the Sub-Saharan Africa-FAIMER Regional Institute (SAFRI) in South Africa, which was founded in 2008. Clearly, that passion for developing others extends to developing herself.

Reflecting on her experience as a SAFRI Fellow, Dr. Frantz said she was inspired by the global perspectives of the international faculty who taught in the program, the passion of the faculty for developing others, and the positive approach of the Institute faculty and Fellows to sharing ideas.

“You can’t say that one program … can have an impact and change your whole life, but I do think that one program like SAFRI can plant the seed and other circumstances will water that same seed and that’s how it will grow. For me, I can really pinpoint back to SAFRI which unearthed something in me that was always there.”

According to Dr. Frantz, one of those seeds was planted in 2010 when—serving as head of the Physiotherapy Department at the University of the Western Cape—she participated in the International FAIMER Institute in Philadelphia, not as a Fellow but as a faculty member.

“I think it was John (Norcini) who spoke to me, he was the head of FAIMER at the time, and he said, ‘I just want to tell you that you’re going to be the next dean of your faculty,’ and I said to him ‘that has not even entered my head,’” Dr. Frantz said. “That was 2010, and in 2013, I became the Dean of our faculty of Community and Health Sciences. I realized the power of conversation and the power of implanting positive ideas. What you see can happen in people’s heads where they might not have thought about it before and it comes to reality.”

Dr. Frantz’s career has taken off since her initial experience with SAFRI in 2008. Not only did she become Dean of the faculty for her school, she also served as Deputy Dean of Research within the faculty. In 2017, she received the South African Association of Health Educationalists (SAAHE) Distinguished Educators Award; and in 2016, she received the Champion of Research Capacity Development and Transformation at South African Higher Education Institutions from the National Research Foundation.

“In Africa, when we talk about health professions education, and you say that you are a SAFRI Fellow or a FAIMER Fellow, it really gives you that credibility and acknowledgement that you are an expert in your field,” Dr. Frantz said. “I think it’s really been a good experience because in our field (of physical therapy), we’re clinicians, so coming into education, people may wonder what background you have in terms of education. Having been through SAFRI and the FAIMER experience, it kind of gives you that credibility as an educator.”